UZBEKISTAN: “Can I Please Go Through Your Trash?” 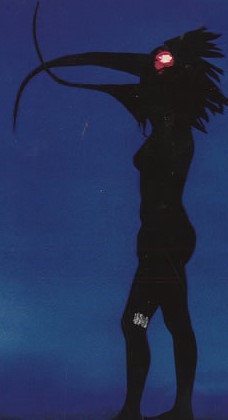 I sat at the kitchen table one morning, drinking coffee with home-made almond milk that made it a little gritty. Eyes resting in a non-focused stare, letting thoughts meander through my head.

Suddenly, a sharp loudspeaker voice cut through the air. It was a male, monotone voice, coming from the street. It was slowly approaching. I couldn’t discern the words quite yet. But it stained my morning sun-filled bliss. It sounded somehow ominous.

My easily flowing thoughts now took a sharp turn into my doomsday brain track and all I could think about were catastrophe movies like Outbreak or The Day After. I imagined a military truck slowly inching through our neighborhood and the loudspeaker voice calling out:

I got up and my German Shepherd lifted her head, gauging if she would have to follow me somewhere. I walked out into our walled-in front yard.

Feeling my dog’s fur in the back of my knees, I felt re-assured and peeked through the gate’s peephole.

From the right side of my view I saw an ancient Moskvich, creeping on the street. A huge loudspeaker was attached to the roof and an opened trunk revealed an enormous bag. As the car rolled past me and to the left, I could finally discern the words from the megaphone.

They were selling potatoes.

It was yet another reminder of the Uzbek entrepreneurship. The people found any way to make money, be it by driving through neighborhoods selling potatoes and carrots, undercutting the bazaars’ rates or pushing old-timey wheel barrels offering you their home-made brooms.

I sometimes bought milk out of a questionably cleaned plastic jug from a lady who would walk by, calling out in a voice worthy an opera singer:

“Molokoooooooo!”, always bringing the last couple of “o’s” up a little bit so much so that she sounded almost as if she was warning you against something.

Perhaps the fact that the milk just left a cow’s udder not even 24 hours ago, refrigeration was expensive and what was that thing you called pasteurization??

One day though, as I slammed my house gate closed, since that was the only way to make it work, I turned around to face the street and saw an elderly man, dressed in a faded blue dress shirt and black pants, his wrinkly hands resting on a handle of an old cart with several differently sized bags attached to it.

I took a couple of steps and realized he was standing still, right by the trash bag I put out the night before for collection. I saw that one of the smaller bags in his cart had various food items in it. I glanced a half-eaten apple, a scrap of bread and a can with a leftover something.

He peered at me with his remarkably clear blue eyes that contrasted with his deeply tanned face covered with a few days’ worth of stubble. His gaze seemed sad and tired and a bit alarmed. In perfect Russian, he asked me:

“Can I please go through your trash?”

And he pointed to the black trash bag that I knew was filled with vegetable peels, empty containers and my dog’s poop bags.

I stood there, and for a second, my voice got caught in my throat. I found I couldn’t hold his gaze anymore, and as I replied ‘of course’, I felt deeply ashamed.

I felt ashamed and embarrassed that this man not only had to go through people’s trash, but he felt the need to ask if he could. Did the food scraps in his bag come from another’s trash too?

I lowered my head and walked to the supermarket. The irony of this meeting didn’t escape me as I walked into the new, air conditioned store, and pondered over which kind of products I was going to buy. At the same time, this man was sweating on the street, in front of my house, going through my smelly trash, wading through old and spoiled items, and sadly, probably finding something he could use.

I stood in the store, the wire shopping basket dangling in my hand, empty. The butcher and the cheese lady watched me quizzically from behind their counters. A couple people bumped into me as they rushed by to satisfy their own shopping needs.

I knew that most locals would probably tell me that the man was surely an alcoholic and brought the poverty on himself. That he was a bad person and deserved to live that way.

But what if he didn’t?

Who was the right entity to judge?

And was judgement from others what ultimately decided people’s fates?

I didn’t know. I didn’t know what to do. But I had to get out of the store and the display of so many items none of us really needed. So I quickly bought what I came for and went home.

The trash bag in front of my house looked emptier and was neatly placed and tied closed in the same exact spot where I originally put it.

But since that day, I can’t help but have a flash of that incident rush through my mind almost every time I throw something away.

Would he need that?

Could he use that?

And I still feel embarrassed that someone else actually lives off of what I throw out.