“It’s a Good Thing You Have a Feeling There” a.k.a. The Nipple Reconstruction 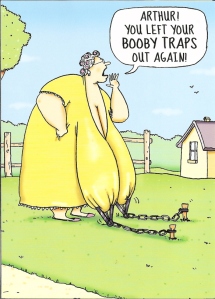 “It’s a good thing you have a feeling there!” exclaimed my plastic surgeon as she plunged her scalpel into my breast.

I was reclined in a chair in her office and she was starting my nipple reconstruction surgery. Ever since the mastectomy, which involved removing my nipples and all the breast tissue, I had little to no feeling in the skin that covered my silicone implants.

However, as I sat in that chair, I suddenly felt a searing pain, sharp as, well, as a scalpel, cut through my body. I jerked and glanced down at my sterile towel draped chest.

“I could feel that.” I let out hesitantly.

The doctor looked up briefly and bent back down to cutting. Apparently, she thought that the few squirts of anesthetic she squeezed under my breast skin ten minutes prior was enough.

“Ow…I could really feel that one.” I said, this time with panic in my voice. I clenched my fists along my body and felt myself go rigid with the expectation of another slice.

“It’s a great thing to have a feeling there.” The doctor repeated.

Then, as if to re-consider, she paused and said: “OK, I will put more anesthesia there.” Then bent down and proceeded to cut elsewhere in my breast.

She was carving out an oval out of my horizontal scar that stretched about four inches across each breast. Then she was going to use that oval to sculpt a new nipple. She informed me that she would have to make it extra large because eventually the tissue would most likely shrink. The only thing my brain retained was “most likely”. What if I was not the rule? What if I ended up being the exception? Would I walk around with supersized nipples? Would I re-define the meaning of the headlight jokes?

The doctor sighed, got up and brought over the gigantic anesthesia syringe and poked all around my breast to numb it some more. I lay there, starting to shiver in the freezing temperature that was apparently necessary for a successful operation. I didn’t dare to look down at my breast.

She resumed the cutting and I was relieved to not feel the scalpel boring into my flesh. However, then she starting sewing. Again, I didn’t dare to look down but started feeling various pricks and pulls. At one point I jerked again as she stabbed the needle out of the anesthetized range. I glanced at her but her lips were pressed together and she was immersed in the suturing. I looked up at the ceiling and thought of the countless people who had their limbs amputated with no more than a few sips of whiskey during the Civil War. I could withstand a simple sewing up of my breast, right?

The surgeon rolled her chair around to my left side. Part two of the operation. At the same moment a nurse walked in and I realized why my doctor had such an abrupt demeanor. She scolded:

“OK, Nikki, I just want you to know, this is a surgery. And I mean like surgery, surgery”, she stressed and skewered the wide eyed nurse with her eyes, “this could be done in the hospital under general anesthesia. This is not a one person procedure.”

The nurse stumbled a few steps back, then recovered:

“Uhmm…sure…I apologize, Natalie left and I was helping get other patients in the other rooms. What do you need me to do?”

“Well, for one, we are out of number four sutures.” My surgeon fumed.

I didn’t dare to announce I could feel her cut me again.

The nurse escaped the room and an awkward silence enveloped the office. I concentrated on controlling my shivering and counting the ceiling tiles. Soon, the extra anesthetic must have started working because I slowly relaxed as I stopped feeling pain.

“Are you OK?” The doctor asked.

I am now. I wanted to snap back sarcastically. But seeing the needles in her hands and thinking about my future nipples, I opted for a cheery:

The last fifteen minutes of suturing went fairly well with only one or two jerks on my end. The doctor then attached yellow, disinfectant soaked gauze by sewing it to my breast. She then cut out a circle into a stack of gauze and placed it around the newly formed nipple. The whole thing got covered with another layer of gauze and a clear occlusive dressing so that I could take a shower without making it wet.

As the chair buzzed to its upright position, I thought of the upcoming five days, during which I had to keep the dressings on. I could feel the first prickles of itchiness from the antiseptic. I glanced down and saw my skin turning nice bumpy red under the clear plastic.

“Do you want antibiotics?” The doctor asked.

Hmmm. Did I? I wondered. How the hell did I know?

“Well, uhmm…I mean, I don’t have a problem taking them, if that’s what you mean?” I countered the doctor.

She looked at me for a few seconds, then turned around and said she would be right back with the prescriptions.

On the way home, I stopped by the pharmacy to fill my antibiotic and pain pill prescription and watched the pharmacy tech smirk when she looked at the doctor’s practice logo, presumably thinking I just got a boob job or some other cosmetic procedure done.

That evening I felt pain every time I moved so I opted for the pain pills. I took one and waited. No relief. Two hours later, I took another one and this time, I was ushered into the pillowy world of narcotics that gently rock you to sleep and you feel so heavy but yet you don’t care.

The next day I woke up to see that the bandages turned red in several places. Since I wasn’t instructed about what to expect, I made up my mind that a little blood was probably normal. We shall see in a few days when I go to get the bandages taken off.